Some of the cases I have successfully represented:

We helped a lady who tripped and fell at a national clothing boutique in Santa Fe, New Mexico breaking her shoulder. It was a premises liability case. One of the clothes racks was set up in an unreasonably dangerous way. The end of the clothes rack was positioned next to a step down that had no warnings, markings or barricades to alert a customer. A customer flipping through and looking at clothes does not expect a step down at the end of a close rack. This is an unreasonably dangerous condition on the premises which the owner operator has a duty to eliminate if they knew or should have known of the dangerous condition.

Even after multiple incidents the defendant continued to fail to follow its own recommendations to prevent others from falling. We were able to show that the defendant put profits over the safety and well being of its customers. Its critical to fully investigate a premises liability case as defendants will often hide, delay or try not to produce prior incidents or any other documents that expose their knowledge of the danger on their premises. In this case, we had to file two (2) Motions to Compel and convince the Judge to Order the defendant to produce documents that we believed existed. The defendant was never going to willing produce the evidence. Once we got the documents, the case was favorably settled.

If you have been injured in a slip and fall accident, call us for a free consultation today

A Case of a Family Tragedy and the Negligent Landlord

We represented two families who lost their children due to smoke inhalation. Our clients lived in a rented trailer house (manufactured house) in a trailer park. When our clients moved in they informed the manager that the trailer house was missing smoke detectors/ smoke alarms. The manager came out and inspected but never came back to install or repair any of the smoke detectors. Shortly, thereafter, a slow smoldering fire developed that filled the trailer with smoke. None of the remaining smoke detectors went off.

Unbeknownst to my clients and most other tenants in the State of Texas, we have the Texas Property Code Chapter 92.001 that governs and controls the legal relationship and the responsibilities and duties of landlords and tenants. Chapter 92 requires a tenant to give written notice of a problem to their landlord. In most cases, this means the tenant has to:

In this case, our clients did not give the second written notice. The defendant landlord was sure he was going to win the case because the second written notice had not been sent. We kept investigating and discovered that landlords have to install a smoke detector/ smoke alarm in the corridor outside of the two bedrooms at the end of the trailer where the children died even though the manufacturer put smoke detectors in the bedrooms. Chapter 92 of the Texas Property Code requires the extra smoke detector if a trailer is going to be rented. The landlord failed to do this. The same laws that the landlord was using to shield itself eventually became the sword which caused the case to settle in my clients’ favor.

Landlord tenant laws are lurking out there just waiting to snare a tenant. Landlords have no duty to inform a tenant of the requirements of the law. This allows a landlord to sit back and prey on the weak, the vulnerable and the uninformed. A consultation with an attorney early on can help tenants in their disputes with a powerful landlord.

Most atttorneys are happy to provide free consultations.

The Case of the Crane Collapse 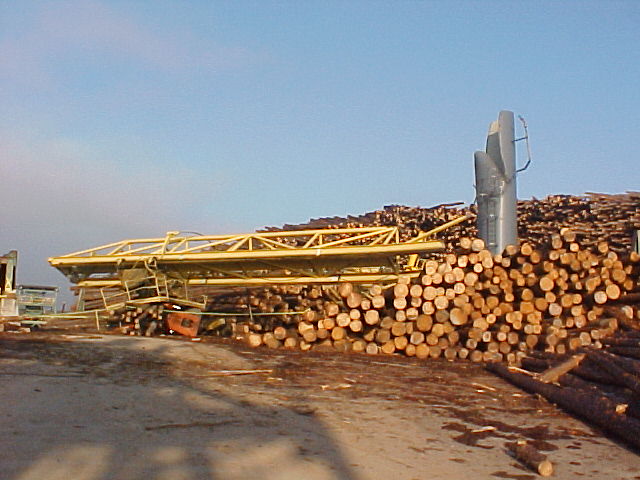 I represented a crane operator who was 70 feet in the air when the crane column broke.  I brought a lawsuit against the company who rebuilt the crane and who had the contractual responsibility to inspect the crane monthly.  I found through intense discovery battles that the defendant had failed to carry out its work in accordance with American Society of Mechanical Engineers Standards.  I  found that the defendant did not have qualified employees carrying out the work.  I found that the company failed to perform required engineering studies.  I was able to show that the defendant put greed and profits ahead of quality workmanship.

The Case of the Semi-Truck Collision in I-10

The Case of the Nursing Home Abuse

I represented a family whose father’s care was negligently carried out by a nursing home in East Texas.  The gentleman was allowed to develop bed sores.  He was allowed to become malnourished and dehydrated.  I was able to show that the nursing home took no action to stop these developing conditions until irreparable harm had been done.

The Case of Wal*Mart Against The Little Guy

I represented a man who had a cart of merchandise pushed into him by a Walmart employee.  I sued Walmart for negligence and for destruction of evidence when the surveillance video and two pictures disappeared.  It was epic war where I deposed Walmart’s lead counsel on the case pursuant to Texas Rules of Evidence 503 and deposed some of the witnesses multiple times.

Fill in the form below for a FREE, No Obligation Case Review